No one denies that Google’s messaging strategy is confusing, yet there is a glimmer of hope, that all Google communication tools have recently been included in one unified place, and now another step has been announced to get rid of the old Hangouts, where G Suite users can now see Hangouts conversations in Google Chat, so everything is in one place.

Business users, on the other hand, were taking Google Chat to speak with members of their organization while they had to use classic Hangouts to speak with other contacts, all of them with the same Google Account. Now, these conversations will appear on Google Chat alongside internal conversations, so there is no need anymore To use two apps for the same purpose. 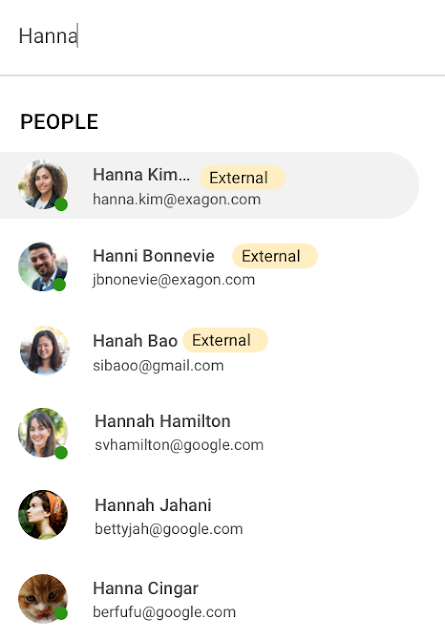 Moreover, starting May 26th, it will be possible for G Suite users to message other G Suite users outside of their organization, with anyone outside the company having a mark in the Google Chat interface, and it will also be possible to add any contacts to group chats As long as you set it as “external,” this only applies to new rooms.

Finally, and although these add-ons are only relevant to business package users, it is the first and appropriate step for the company to get rid of Hangouts forever, and if you remember and with Google closing its application Allo indicated that it will eventually allow everyone to use Hangouts Chat and Meet, and they are now Google Chat and Meet respectively, and the latter are reported to be officially available to everyone.

Your review for Finally, Google starts moving from Hangouts to Google Chat