I think if we were to learn to come up with some creative ideas to profit from the Internet, the Chinese market would be one of the most important places we can learn from. But the story of this article does not start from China, but rather from Japan, and Nintendo Corporation specifically.

The famous Nintendo Animal Crossing game was released at the end of last March on the Switch, which has sold more than five million digital copies since its release. These numbers made it the best-selling game of March 2020, and the best-selling in a month’s time, surpassing Call Of Duty numbers for the same period.

Animal Crossing is a simulation game. Your primary job is to protect your island and you will control a small character, performing many different tasks, from fishing to firewood, to pruning weeds, building and decorating your home, contributing to building important places, and collecting different materials.

During the game, you will need many different resources, such as wood, minerals, fruits, and so on. And you can get some of these resources easier, others are rare and costly, and you may need to visit other islands in order to obtain them or exchange them with some others if you were online.

If my description bored you or felt that what I’m talking about does not seem like a game worthy of this noise, you might be right, at least in theory. But if you had tried the game – like me – it would have been fun while you were performing these tasks, perhaps because Nintendo designed it in a cartoonish and lovable way which is a feature of many of its games.

Perhaps the most important thing about the game is that it gives you a sense of “life.” The game overhead is related to the time when you can play it, if you play in the morning it will be sunny, just as the plants need time to grow and bear fruit, and if you miss a lot of the island, then its condition will become bad, and the weeds will spread everywhere, and the psychological state of the population will be bad.

Building a game in this way means that players have to play the game every day (or every few days based on your schedule) to make sure your island is arranged and organized, harvest what can be harvested, etc. 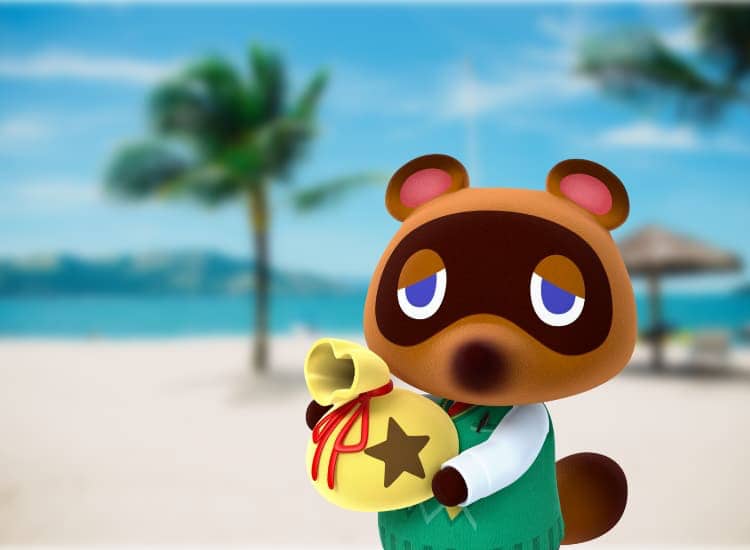 The Nintendo Switch was officially released on the Chinese market in December 2019, nearly two years after its release around the world. The Chinese version is characterized as modified, and it only occupies the authorized games in China. The Chinese censorship of the games is so strict that childish games may be banned because they have some ghosts.

These restrictions did not prevent a large percentage of gaming lovers in China from importing hardware and games from neighboring countries and regions, such as Japan and Hong Kong. Therefore, when Animal Crossing was released, many Chinese players managed to obtain it, and because it was still not officially sold in China, they were able to obtain it from Taobao, the largest shopping site in China (owned by Alibaba).

No one knows the actual sales figure of Animal Crossing in China. But in the early days of its release, the Chinese WeChat platform experienced an enormous torrent of images for players who share photos of their characters and their islands, indicating a large player base in China despite all the bans, and some expectations do not exclude that the game sold more than a million copies in the Chinese market, but in a way unofficial.

Let’s move to your island

As I mentioned earlier, your island needs constant care and development to keep the island’s happiness going, but time is a precious commodity and it is difficult for some players – like me – to play daily to improve my island.

From this standpoint, the Chinese decided to provide their services to Animal Crossing players, in return for a profit !!

If you want to keep your island neat and clean, some players offer this service at rates ranging from $ 2 to $ 9 dollars. They will clean the ground, mow the lawn, and pick up dirt so that your island is clean even if you are far from it.

But if you want distinctive designs for your clothes or the walls of your home, for example, some players provide this service for you in return for money, and you can pay them directly through famous payment services such as AliPay or WeChat, where some of them put their account number in the form of QR Code in front of their home in The game.

Although Nintendo does not offer an in-game purchase and sale system, the Chinese players have been able to take advantage of the feature of visiting the other players part, and have converted it to an income source for profit, but I do not know the feasibility of these services, as they seem to be directed to a very luxury class, but Who knows?

Your review for Chinese way to profit from games