Over the past weeks, we have watched the spread of the Coronavirus (COVID-19), which was recently classified as a global pandemic, requiring precautions to be taken. This disease brought with me a lot of noise and misinformation, which increased the people’s fear more than their benefit. But the most important question is where is the role of technology in combating this disease? And in particular, the artificial intelligence that we hear about day and night.

Artificial intelligence is taking its first steps in many areas, and early detection of epidemics is one of them. There are many companies that built systems that try to reveal the spread of epidemics in the world early, but these systems, because they are still in their early stages, have had a small role in combating the spread of the new epidemic of Corona.

In late 2019, two days before the start of the New Year, the Boston Children’s Hospital HealthMap system alerted an unknown lung disease outbreak in Wuhan, China, but those responsible for the system did not take the alert seriously until days later. It seems that HealthMap was not the only one, Canadian company BlueDot noticed the same thing, and a third company called Metabiota was alerted to the outbreak as well.

You may get angry and wonder about the reason behind the delay of governments and global bodies in dealing with the spread of the disease despite the presence of early alerts, because early action would have prevented us from reaching the pandemic situation announced by the World Health Organization a while ago.

How do these systems work?

Many of these systems depend on reading and interpreting information from websites, social networks and official news sources. This matter involves many problems, the most important of which is “data quality.” In many cases, it is difficult to assess the quality of data, especially on social networks, which is a problem that people suffer from. How much with machines.

The more difficult it is to analyze data, the more media and modern coverage on social networks. Because we are entering its time in the stage of playfulness, and this is why these systems need human supervision to evaluate the results that have reached them, because these systems have built their expectations on the “words” of people, so the human supervisor may need to check his own resources such as hospitals and ministries in order to make sure before Issue any formal warnings.

These reasons lead us to think about future solutions that help the whole world better confront diseases and epidemics by providing high-quality data for artificial intelligence systems. Perhaps the best source of this data is “hospitals”.

The hospital is the first place that any patient in any country around the world will go to in order to obtain treatment, and in the case of the new Coronavirus, it is certain that a large percentage of infected people went to hospitals in order to obtain treatment, so the hospital may be the best and most accurate source for obtaining On data early, but this is a dilemma in itself. 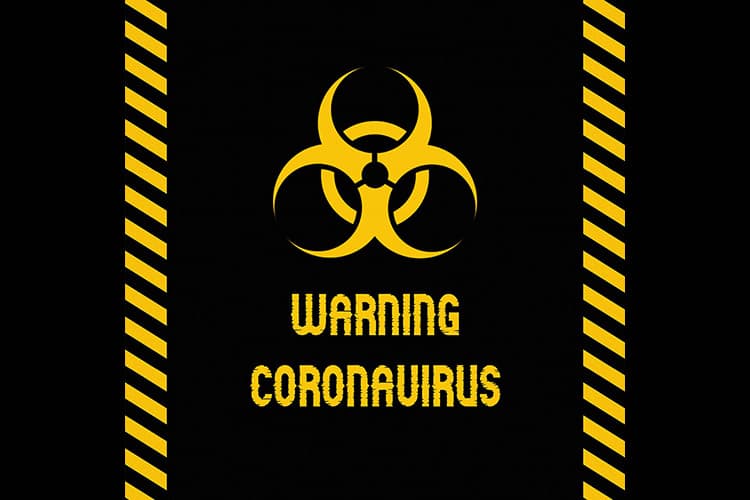 A reliable data source about Corona

The problem lies in the difficulty of rapid access to hospital data in its open availability. Every hospital operates in a system different from the other, and patient data is distributed to many hospitals, but in a closed and isolated manner from the other, and despite the existence of the idea of ​​the electronic health record (EHR) for a long time, its application It is only done on a limited scale, and in some countries.

Everyone knows that we live in the data age, and the availability of accurate data faster means fast analysis and decision-making, and this was the problem with the prevailing Coronavirus, because many artificial intelligence companies rely on social networks and some other sources such as newspapers, the accuracy ratio does not compare Accurately data if it came from hospitals.

But if we provide direct access to data to these companies, this may entail some problems and breaches of privacy. This means that we need to put in place legislation for such matters, and because the legislation does not go with the technology in speed, the matter will take a long time.

It would be better if a government agency like the Ministry of Health adopted the linking of all hospitals to pour patient data into one government-owned data store. At the same time, companies that want to take advantage of this data are allowed to pay certain amounts in the form of subscriptions, and to adhere to some restrictions. Such as preventing the transfer of data outside the country, which are restrictions that will force companies to build everything locally, which will contribute to building a local health technology system and creating a new job market as well.

If we return to the Corona virus, if there are systems that read the data of all hospitals in real time, the ministry and all hospitals will be alerted about the emergence of a new epidemic with certain symptoms, and this alert will go to some doctors in order to analyze the situation and set the appropriate procedures, and the stone teams will go to the places that appear There is an epidemic, and airports will examine people coming from the places where the disease appeared, and all these scenarios will happen very early and instead of tens of thousands of people getting infected, the damage may be reduced to hundreds or dozens only.